"Poetry is ambigious, it lets musical elements such as time and sound enter the world of words." John Cage

Music Talks : A series of musician to musician interviews I have done at the Hochschule Luzern since 2011 (includes written portraits and podcasts)

My interview at Jazz Willisau Festival 2013 with Anthony Braxton

audio & print interviews by others with me ...

Article for Jerusalem Post by Barry Davis - Interview Q & A

The Art of Listening: A Sense of Place (article I wrote for AAJ)

Courtney Love's speech about Piracy in the Music Business

Why Did the Chicken Cross the Road?

Musical Playgrounds for Kids: The History of Jazz Music 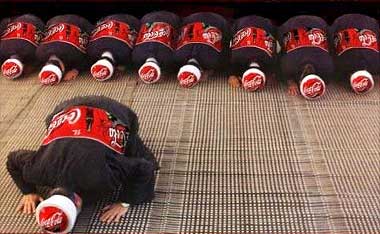 The brambles and the thorns grew thick and thicker in a ticking thicket of bickering crickets. Farther along and stronger, bonged the gongs of a throng of frogs, green and vivid on their lily pads. From the sky came the crying of flies, and the pilgrims leaped over a bleating sheep creeping knee-deep in a sleepy stream, in which swift and slippery snakes slid and slithered silkily, whispering sinful secrets.
James Thurber from "The Thirteen Clocks"

"The purpose of art is not the release of a momentary ejection of adrenaline but rather the gradual, lifelong construction of a state of wonder and serenity." Glenn Gould

"The artist's role is to fail"
Samuel Beckett

Regarding Ken Burns's (or is it Wynton Marsalis's?)"Jazz": Now that we've been put through the socioeconomic radical forensics of a jazz-illiterate historian and a self-imposed jazz expert prone to sophomoric generalizations and ultraconservative politically correct (for now) utterances, not to mention a terribly heavy-handed narration (where every detail takes on the importance of major revelation) and weepy-eyed nostalgic reveries, can we have some films about jazz by people who actually know and understand the music itself and are willing to deal comprehensively with the last 40 years of this richest of American treasures? -- Keith Jarrett, New York Times Arts and Leisure 1/21/01.

"...people used to make records
as in a record of an event
the event of people playing music in a room
now everything is cross-marketing
its about sunglasses and shoes
or guns and drugs
you choose
we got it rehashed
we got it half-assed
we're digging up all the graves
and we're spitting on the past
and you can choose between the colors
of the lipstick on the whores
cause we know the difference between
the font of 20% more
and the font of teriakiyi
you tell me
how does it make you feel?

You tell me what's real"